Félix Olivo: I came to baseball out of passion 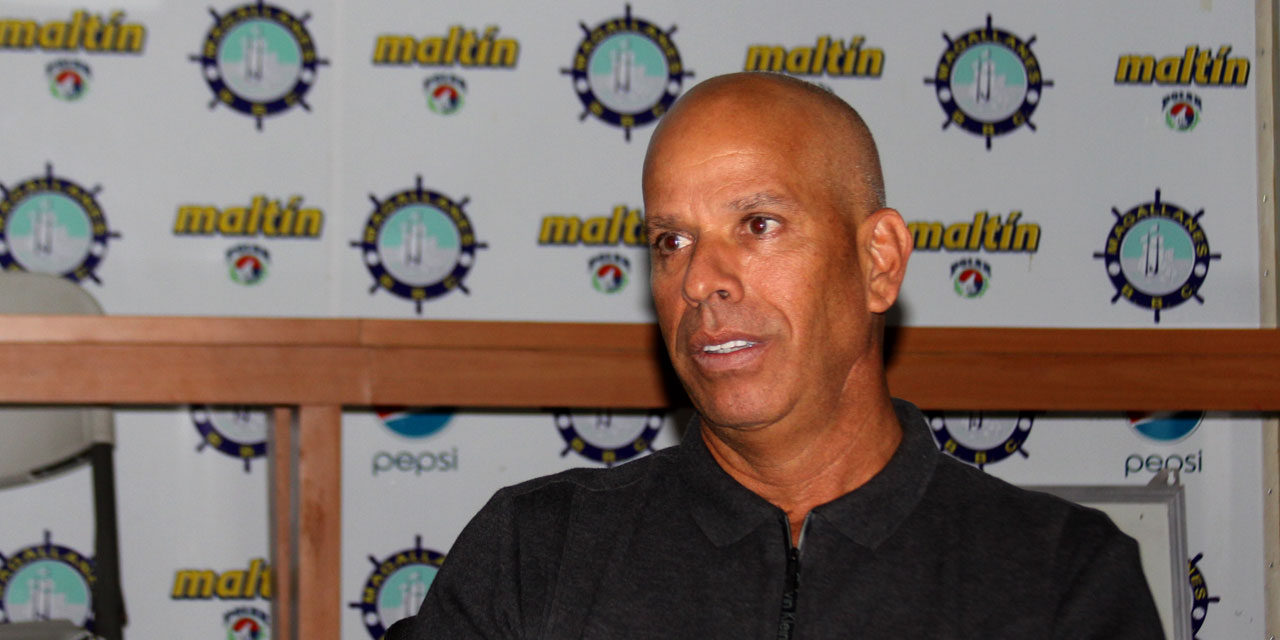 Linked to baseball from a very young age, after much study and work, Félix Olivo is today one of the two Venezuelan agents certified in the United States for the representation of players, with a life full of anecdotes and experiences, he gave us part of his time , to share what his passion is and which he still considers, he has a long way to go.

For Olivo baseball has not been alien, since he was a child he has been familiar with the world of baseball, and that is that at the time of Magellan arriving in the city of Valencia, his father was linked to the team from the Legislative Council of the state of Carabobo, ente government that is part of the Magallanes de Carabobo Foundation.

Back then, and given the unfavorable economic situation of the Turkish ninth, it was very common to see imported baseball players, managers and technicians stay in the home of the Olivos, a baseball environment that long captivated Felix, who did not know that baseball over the years it would become one of his passions.

He had the opportunity to be part of minor baseball, representing his league on several occasions in state championships and the state of Carabobo in Nationals, before making a decision to go study in the United States. Already on American soil, his love for baseball continued to grow, forming part of his High School team with which he participated in several regionals representing his county and becoming more valuable. The time came to come to Venezuela, he convinced his father to try with Magellan, but he did not feel the support of his father who insisted on the completion of his studies, “When I came to Venezuela I insisted on testing with Magellan, at that time I did not feel the support of my father in that, who wanted me to finish my studies, in the end I returned to the United States to do it, seeing that time was passing and that my time to play also, I gave up doing it, ”said Olivo.

Despite putting aside his passion it was impossible, something that started as a pleasure little by little would become his life, “I returned to Venezuela and at that time there was the rise of the academies, many organizations were here, starting with that of Astros from Houston, I knew Mr. Andrés Reiner because he had a jewelry store in the center of Valencia and was a friend of my father, he agreed to meet with me because of his friendship with my father, not because of my project or my idea, he always I thought that if a player won a lot from the beginning of his career, he would simply lose his hunger to play, “said Olivo.

After a time with his brother Carlos, the idea of ​​forming the Academy to train baseball players was born, something that was born out of his passion for baseball, an initiative that originally had its epicenter at the La Villa Sports Complex and that would have a long pilgrimage, to finish up to where they are today, in the Polar Business Sports Complex, “I was president of the La Villa sports center Foundation, we started there but due to the dimensions we could not do many things, then we went from there to the University stadium and later to La Libertad, it was not easy at first because the scouts of the organizations at that time were not used to dealing with agents but with the parents of the players, it was quite complicated because it had to be changed the way of thinking about baseball in that aspect, from Guaraca we went to a town called Macapo, we got there for God’s sake there, with our implements, we started to do a lot He was there, it was an unforgettable experience, in our first tryout with the presence of the Americans we had to stop sometimes because the cattle passed through the outfield, it was something like no other, “confessed Olivo.

After that moment, the Academy of Félix Olivo returns to the Carabobo state, having an active life in San Joaquín where they spent eight years, to then knock on the doors of Empresas Polar and receive the good fight to locate where it is currently based.

Together with his brother Carlos they have developed OL Baseball Group. photo: Pablo Gómez – El Prospecto

Responsible for the signing of players such as Salomón Manríquez, Félix Hernández, Jesús Montero, Martín Pérez, José Lobatón, Ramón Flores, Héctor Sánchez, Jean Machi, Luis Domoromo, Ernesto Mejía, among others, Félix Olivo had at the time the idea of ​​accompanying to the player, not only help him to sign and then leave him to the good of God, but to continue with him, “I realized that the idea was not the common denominator, that of helping to sign players and then leave them to the good of God, I went to the United States and started working with a North American group, in that group was present the former general manager of Dodgers of Los Angeles, Dan Evans, when I am with that group I took Héctor Sánchez, Jesús Montero, Martín Pérez , and one day they told me that there was a left-handed player with the characteristics similar to Bob Abreu, I took the audacity to call him and ask him if I could represent him, he said yes, that he had no problems, that was the moment when we had Carlos Gonzále z, then the group dissolves and one of the things Carlos tells me is that he regrets having to leave us because at that time we were going in another direction, in the end he did not continue with that person either because he did not have the support but ended with Boras ” Olivo, who had seven years with that North American group, commented.

After that experience, Félix Olivo allied himself with Fernando Cuza who at the time came from having players like Pedro Martínez, David Ortiz, “Having that touch with that staff and that group of players led me to the need to sacrifice myself, in the end I got the certification to be an agent and after five more years I got the certification to be able to represent them and negotiate contracts, that allowed me now I can represent the players who leave the Academy and who come from Venezuela, ”said Olivo, who is with Gustavo Vásquez. the only certified Venezuelan agents in the United States.

Having a baseball representation agency is a very big responsibility, since not only is information of great importance handled, but parameters that are dictated by the baseball association must be followed, “It is not that simple, you have to be prepared to Carry out this work, know the market, know the reasons for the movements, all decisions have to be made, because otherwise you lose the certification, “he said.

For Olivo teamwork is important, that is why, in addition to his brother Carlos, he has an important staff made up of former players Rubén Cabrera and Michael Prieto, “I always remember a movie about a basketball team and a player who he believed he was a star, when he entered the table the other teammates left him playing alone and he simply could not, that is why I think that all the work should be done as a team, with dynamism, passion and dedication to what is done, ”he confessed. the president of OL Baseball Group.

After a life dedicated to baseball, from day to day and hour to hour thought of baseball, the concern arises to know, what would the life of Félix Olivo be like without baseball? Something that made him think, but as a batter capable of deciphering the pitch of the opposing pitcher, he replied that, “I know that nothing is eternal in life, that everything has a cycle, but I do know that I have many things to go in this world of baseball, just as I can say that baseball has given me everything, I can also say that baseball sacrifices a lot, my son is studying sports management and I will surely think that he is integrated into this, just as I am also surrounded by a young group, that gives me reason to think that I still have things to do, ”said Félix Olivo, who in addition to being the visible head of the OL Sports Group, is also a sports advisor to the presidency of Navegantes del Magallanes.

Not an easy race

Without a doubt, dedicating himself to baseball is not easy, but much less is it to represent professional baseball players, human beings like all and who in the end also have needs, problems, with different personalities, something that the agent must understand and know how to handle, ” We are not exclusive, whenever we do something we do it for our major league and minor league players, we give them the same attention, even though each one has their own personality and character we learn to know and understand them, we are for them 7×7 days 24×24 hours and 12×12 months, even one tends to put their personal life aside to be with them at all times, many times one thinks that their lives should be easy but they are not, “confessed Olivo.

The phrase: Being a baseball player is not easy, it is not easy to handle that cocktail that integrates fame, youth and money.